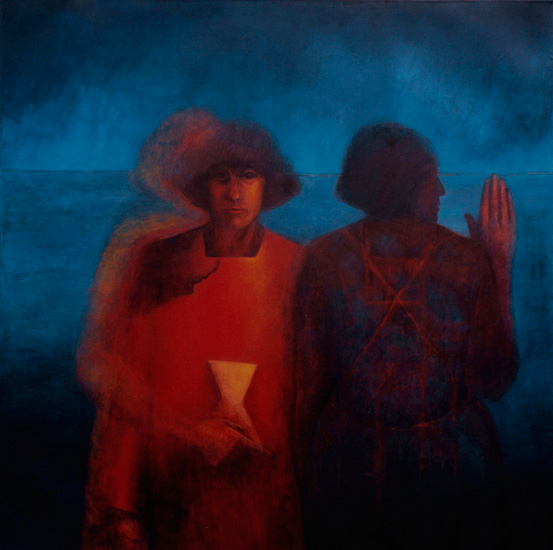 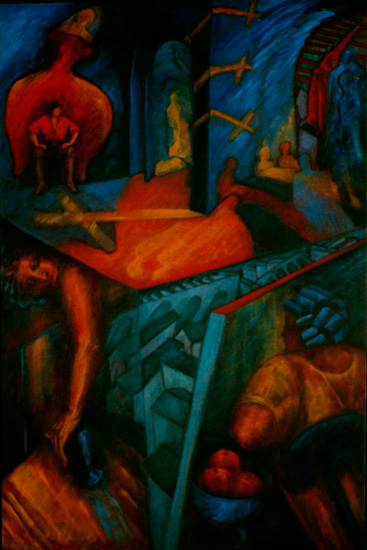 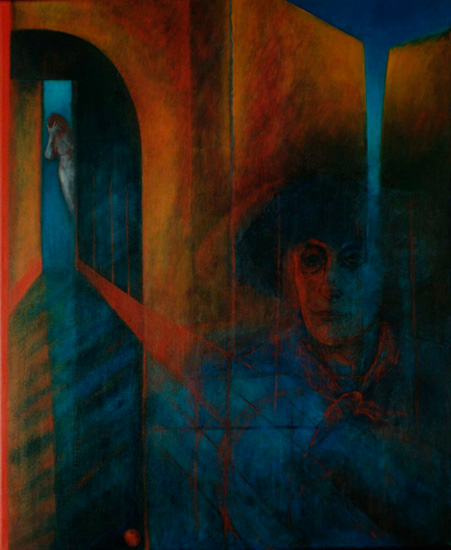 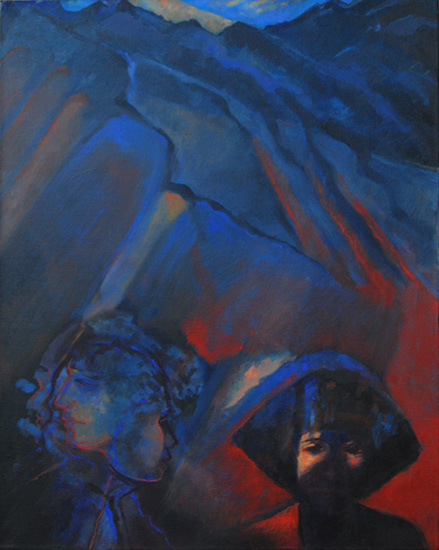 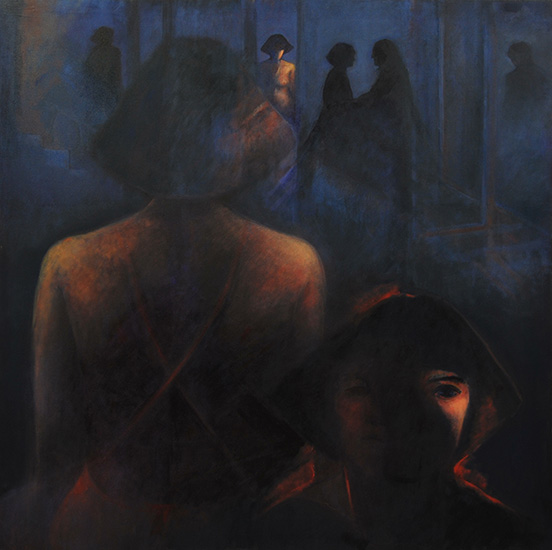 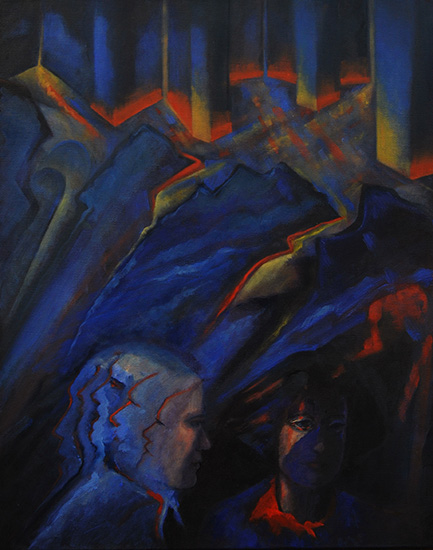 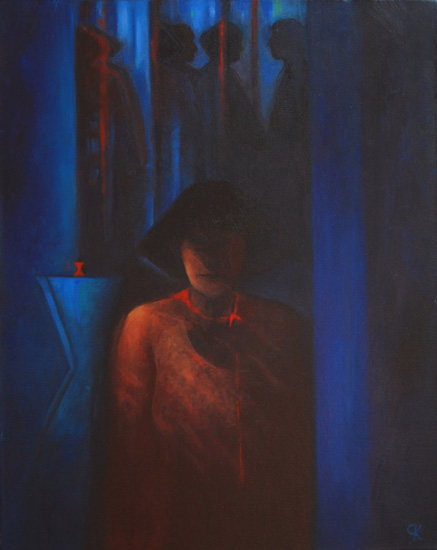 Christine Kinsey is an artist, who writes and integrates words into her visual language creative process. She has developed a group of female characters who inhabit her imagery and who follow the narrative line, of a journey, that began in her childhood.

The layers of influence that have evolved from growing up female in the industrial valleys of south east Wales, Cymreictod a sense of feeling-being Welsh, and the reassessment of the perception and the depiction of women within a western Christian culture, forms a back drop against which each character enacts a role.

Her images incorporate symbols and motifs which reinterpret the traditional symbolic representation of women, to reveal the characters continuing search to become the subject and not the object of the image; together with imagery that explores the interface between the material and the spiritual through the imagination.